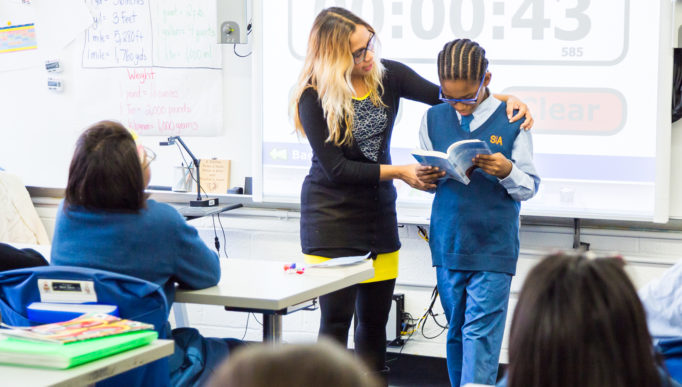 This past week has been an emotional one. I’ve been struggling to put into words the grief and sorrow I feel for the terrible killings in Charleston. While words can fail at a time like this, silence feels unacceptable as we each grapple with the heartbreak of this tragic event.

When our fifth-graders return to school in August, the first book that they will read is The Watsons Go to Birmingham — 1963. If you haven’t read it yet, I strongly recommend it — it is quite possibly one of the best middle grade novels out there, and certainly one of my favorites among the texts in our middle school canon. Christopher Paul Curtis is an amazing writer, and the story he tells of the fictional Watson family is both hilarious and insightful, funny but also fierce and heartwarming. It’s a bit insane to realize that he wrote the book 20 years ago, tying his plot to the tragic church bombing that had taken place 32 years prior. Without giving away too many spoilers, I found myself re-reading the scenes in which the young protagonist Kenny experiences the morning of the church bombing, and those in which he struggles to cope in the aftermath.  These lines stood out to me:

Like Mr. and Mrs. Watson, it feels nearly impossible to attempt to explain and make sense out of something like this. What strikes me in the book is how the members of the family are ultimately able to pick up the pieces and support one another in order to go on. I can imagine our teachers and scholars engaging in this discussion, supporting one another just as the characters do in the text. While it makes the horror of tragedies like this no less horrific, it does give me hope to know that with support from one another, we can and must go on, and can work together to contribute something good to attempt to counter the darkness.