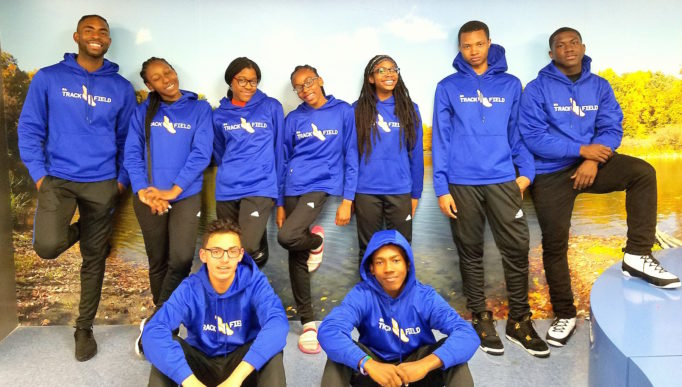 This past weekend, nine of my scholars from the Success Academy High School of the Liberal Arts traveled to Philadelphia to take part in the Penn Relay Races — a track and field event that has taken place annually since 1895.

It might have been Success Academy’s first time competing at the historic event, but you wouldn’t have known it to look at the results: Several of our teams finished in the top five and other scholars finished the event with personal bests.

On day one, Success Academy’s girls team, composed of sophomore Talese Evans and freshmen scholars Tyra King, Tahira Jessop, and Ronn’e Bailey, took second place in their heat and third place overall in the Independent Schools 4×100 race! They ran against many veteran teams composed of mostly of upperclassmen — and clocked their fastest time of the year in the event.

Two hours later Tyra, Tahira, and Ronn’e returned to the track, teaming up with freshman Isi Solomon, to run the Independent Schools 4×400 race. In just their second time running the event this season, the team placed 6th overall! Our boys team, composed of Elyjah Pellew, Muctar Jalloh, Jayden Jenkins, and Dimitri Franklin competed in the 4x400m relay, and each member of the team — and the team as a whole — finished the season with a personal best! They finished third place overall in the 4×400 Independent Schools event, beating out some very tough competition. I was so proud of all of our students. In true Success Academy fashion, the trip was also a full-fledged educational experience. On Friday evening, we traveled to downtown Philadelphia for a team bonding excursion at Philly’s “Escape the Room.” This experience was tailor-made for Success scholars! Earning their escape from the room involved solving a series of puzzles and riddles — which of course requires top-notch critical thinking skills. We were in the room with a family of four, and they were so impressed with our scholars quick and smart thinking!

On Saturday, after we finished at the track, we took a trip to La Salle University, my alma mater. The scholars got a chance to meet my old college professors, visit a chemistry and microbiology lab, view a college lecture hall, walk through student unions, and browse the campus library. One of my former professors gave us a tour of the newest 3D printing studio. They learned about the future of 3D printing and were offered opportunities to collaborate on future business ventures! It’s so important to me that my scholars understand the incredible opportunities that a college experience can provide.

Afterwards, we walked the campus to get a feel for student life — and ended the tour with some classic Philly cheesesteaks. I can’t wait to see what our scholars will accomplish and learn next year at this event! Our track program at HSLA has a bright future.