One of the signature accomplishments of your and Governor Cuomo’s administrations is the dramatic expansion of pre-K programs. As the leader of a school that admits thousands of kindergartners every year, I appreciate the importance of this development. However, there is an enormous flaw in how the City is administering this program.

Success Academy regularly visits pre-K programs run by community based organizations, who advise us that the funding they receive is completely inadequate: a measly $9,846 per child, just a third of the whopping $30,130 per child that the City spends on its own programs. (Funding analysis can be found here.)

There are many victims of this inequitable policy. First, and most importantly, there are the children in these programs. Despite the heroic efforts of the CBOs that run these pre-K programs and the educators they hire, this patently inadequate funding inevitably has an adverse effect on the quality of these programs. Second, the educators in these programs are victims of this policy. It is virtually impossible for these CBO’s to pay their employees a living wage given the meager funding they receive. And finally, the CBO’s are victims of this policy since they are forced to make a Sophie’s choice between either shortchanging their pre-K students or dipping into funds they need for other important community programs they run.

Here are some of the CBO’s I’m talking about:

Organizations like these are so important to the fabric of our communities. They bring not just a commitment to education but also an understanding of the needs of the communities they serve. If the City adequately funded pre-K, it would strengthen these organizations. Instead, the City undermines them by forcing them either to dip into their general funds or shortchange the teachers they hire and the children they serve.

A recent report by the Hechinger Institute described the incredible challenges facing independent pre-K providers, citing the example of the Little Sunshine School in Brooklyn. As Brian Wong, its founder, explained:

“My biggest worry now is attracting and retaining quality teachers, and it’s so hard because, compared to what public schools can offer them, there’s absolutely nothing we can do.”

Since so few applicants respond when he posts on the Department of Education job board, Wong now hunts for teachers on Indeed and Craigslist. “We are just a first stop for teachers on their way to careers at more established public schools,” said Little Sunshine educational director Keisha Flores. “So even if we find someone who is really qualified, you just can’t feel secure that they’ll stay beyond a year. Their main focus is getting to a public school with all the benefits and supports.”…

“I believe in salary parity, end of story. Equal pay for equal work,” said Ellen Frede, former co-director of the National Institute for Early Education Research at Rutgers University… “Something needs to be set up so there’s equilibrium, because all children matter, wherever they’re educated.”

I should note that this is not an issue of state funding. The state provides equal funding to DOE and CBO pre-K programs. The difference is that the City discriminates against CBOs by spending about $20,000 of City funding on DOE-run pre-K programs and virtually none on CBO programs.

I realize that the DOE has made some superficial efforts to deal with these funding disparities. For example, in 2015, the City spent about $6 million on hiring and retention bonuses for independent pre-K teachers. This is mere window dressing, however, given that independent pre-K providers, who serve more than half of the city’s pre-K students, are being shortchanged by hundreds of millions of dollars annually.

It is time to provide parity in funding to the City’s independent pre-K programs for the benefit of the organizations that run these programs, the educators that work in them and, most importantly, the 46,000 children they serve. 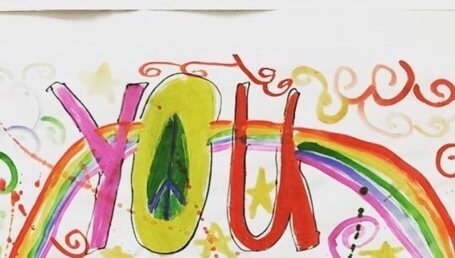