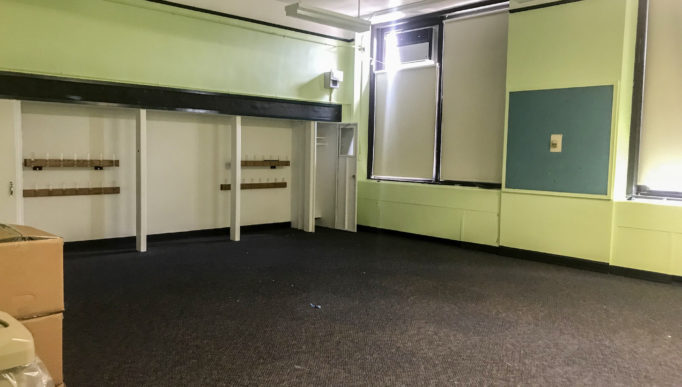 Throughout your political career, you have promised New Yorkers protection from landlords who are egregiously unfair. Yet without urgent action, it will be your own administration that evicts 70 diverse children, teachers, and staff from a nearly-empty school building without cause. You must right this wrong immediately: Your last chance, at the Panel for Educational Policy meeting on Wednesday, July 25, is only a day away.

Success Academy Lafayette Middle School in Brooklyn was set to open in just four weeks. The teachers are hired. The students  — who hail from neighborhoods ranging from Crown Heights to Cobble Hill, and represent exactly the racial and economic diversity you are fighting to achieve in our public schools — have been assigned to their classes.

But the Department of Education says that if they show up, they will be “trespassing.”

Mr. Mayor, we have had our disagreements in the past. This is different. As you surely remember, your administration last year offered Success Academy only two middle school buildings to accommodate graduates of five Brooklyn elementary schools. So we made a compromise with you: We converted one of our existing elementary locations into this middle school. SA Lafayette would slot into the classrooms Success already uses.

So, in short: Our families are volunteering to create an integrated school in a borough that desperately needs them. This school will require zero additional classrooms. And it will unquestionably help children succeed: As fourth graders, 96% of the incoming class passed the English state exam and 99% passed math. They were five times more likely to score at the advanced level in math than the citywide average.

Providing these public school families with this bare minimum level of service — simply letting their chosen school open as planned — would cost you nothing. Instead, your administration treats them with spite. As it stands today, the school building on Lafayette Avenue will have 89 total rooms and enroll 94 total children next year. That’s nearly one child for every room.

Instead of letting Success use the facility, you are going out of your way to leave it empty.

The excuses issued by the officials are embarrassing fig leaves: a lawsuit that has nothing to do with Success; even the judge stated that the proceedings should not impact any other students: “I’m not dealing with any other school but this school.”

On Wednesday, your Panel for Education Policy meets, and Chancellor Carranza has the ability to right this wrong, to restore justice to the children and families of SA Lafayette. Empowered to issue an emergency declaration, the Chancellor could give the Department of Education another year to get PEP approval, in order to protect the “general welfare” of Success families. The DOE has exercised this power 16 times over the last five school years. If this were a district school in Park Slope, it would be considered a great emergency, indeed.

To the mothers and fathers and grandparents who want their kids to receive a world-class education with a diverse set of classmates, this is an emergency. They value what you and your family value. And they have made heroic efforts to make their voices heard: More than 6,000 people have signed a petition calling for action. Elected officials, including Brooklyn Borough President Eric Adams and City Councilman Robert Cornegy, Jr., support them. So do the editorial boards of the New York Post and New York Daily News.

You do not have to give up anything in order to support them, too, and to ensure the next great integrated school opens in Brooklyn. The Panel for Educational Policy has one more chance to make things right when its members convene Wednesday. Mr. Mayor, we ask with great urgency that you stand with parents.