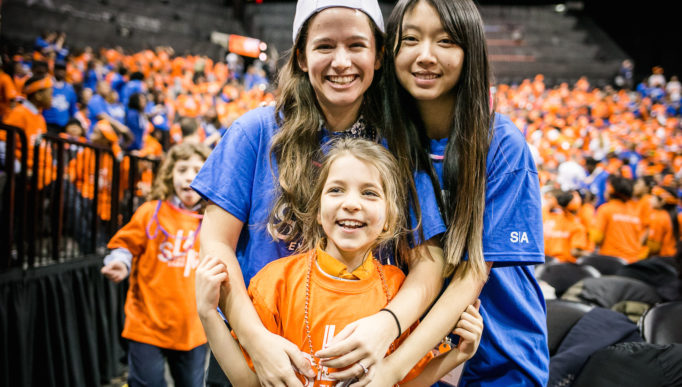 When my daughter, Sofia, started third grade earlier this year at Success Academy Bensonhurst, I was nervous. Third grade — that means the start of state testing. And while I knew that Success Academy scholars generally do very well on these tests, I was concerned that “test prep” was all she would get out of the year. Would she still wake up excited to go to school every day?

Well, state testing wrapped up last week and much to my surprise, Sofia’s enthusiasm for school this year has been as strong as ever. It’s been a year full of skill and confidence building in math and ELA, and also one that encouraged Sofia to pursue her passions, like art and chess. And as we celebrate Teacher Appreciation Week this week, the value of extraordinary teachers has taken on new meaning for me and my family.

As we celebrate Teacher Appreciation Week this week, the value of extraordinary teachers has taken on new meaning for me and my family.

To begin, it’s important to understand the difference between the mindless drilling that we so often think of when it comes to test prep, and the reality of third grade at Success Academy. Take ELA, where a large part of preparing scholars for the exam is reading a wide range of texts. For Sofia, this meant that one day she could be transported into a fictional world of talking animals, and the next, she could discover how insects use their antennae. The most important thing, her teacher constantly reminded her, was to read, read, read, because that’s the best way to boost comprehension skills for any type of text — whether it’s on a test or in a library book. That qualifies as “test prep,” but for my daughter, it was fun!

Math was a bit different. Sofia finds math a lot harder than reading, and her teacher suggested she start staying after school for some extra help (Success offers small group attention to any scholar that needs it, regardless of whether they’re in a testing year). I braced myself: Would this be overwhelming for her?

The sessions included a lot of one-on-one work, small-group problem solving, and prizes for demonstrating effort. Teachers helped Sofia identify what her full potential was and how to achieve it — not just how she could pass a test. Some days, this meant reviewing quick solutions to multiplication and division; others, it meant mapping out a plan for pacing herself. The focus was on building lifelong skills — goal-setting and planning — that boosted Sofia’s confidence and helped her in and out of the classroom and, yes, on the test, too. One day after school, she actually declared, “Math tutoring is paradise!”

Even though Sofia needed some extra help with math, her teachers made a concerted effort to find times that didn’t conflict with art club or chess, because they know those subjects are important outlets for scholars to express creativity and have some fun. Extracurriculars are not actually “extra” — they are vital parts of the school day.

At the same time that she was getting ready for the tests, Sofia dedicated hour after hour to drawing cartoon characters in art club. She sat in the art room with her friends, comparing characters, sketching out new ideas, and revising storylines. That wasn’t enough for her, so Sofia even started bringing books home to read about about the artform (Scribbleville by Peter Holwitz is her favorite). In a few weeks, Sofia’s year of hard work will culminate with an art show at a gallery in Industry City. In fact, Sofia has enjoyed art so much this year that now she plans to become an art teacher when she grows up.

All the controversy about testing — It’s too stressful! There’s too much test prep! Parents should opt out! — made me nervous for Sofia’s third-grade experience. Instead it has turned out to be the year that Sofia has developed life skills and pursued passions more seriously than ever before. Of course there have been tough moments, but when I reflect on this year, and I think about how much she has grown in all facets of her life, I’m left with the same feeling Sofia’s had throughout the year: joy.