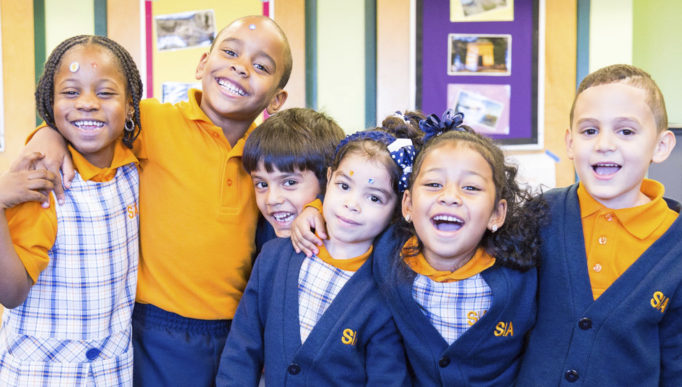 The New York Times ran a story by Kate Taylor on January 24 with the headline “Harlem Schools Are Left to Fail as Those Not Far Away Thrive.” The article correctly points out that many Harlem families are leaving district schools in District 3 and enrolling their children in higher-performing charters.

However, the article implies that traditional schools run by the Department of Education have declined as a result of parents exercising choice. That isn’t true — and in fact, the district as a whole has benefitted tremendously from charter school growth.

District 3 includes the Upper West Side of Manhattan and a portion of west Harlem. In 2006, based on state math exam scores for grades 3-8, District 3 ranked 13th out of the city’s 32 districts. At that time, 3% of the district’s students attended charters.

Today, 25% of all students in District 3, and 45% of African American students, attend charters. Families have indeed embraced these options. What happened to the district’s overall academic performance?

Since 2006, district schools in District 3 have improved from 13th to 6th. If you include all students in the calculation — both district and charter — then District 3 does even better, placing 5th. In other words: Looking at the community as a whole, parent choice has done nothing to hurt academic performance. In fact, District 3 kids are doing better than ever.

Fast forward to 2016. African American students in District 3 — including those from both charter and district schools — performed twice as well as their peers across NYC. They scored 6 percentage points above the citywide average for all students.

The difference is even more remarkable when looking at high-flyers. A decade ago, 1 out of every 17 African American students in District 3 scored at the advanced level in math. Today, it’s 1 out of every 4.

Such a transformation isn’t unique to District 3. In neighboring District 5 (Central Harlem), the share of all students attending charters grew from 7% in 2006 to 50% in 2016. The district schools improved from 30th to 29th during that time. Overall, the district’s students — district and charter combined — now rank 14th out of 32 districts.

The article states that white families, who are moving to Harlem in “increasing numbers,” aren’t yet sending their kids to schools in the neighborhood. But the story conspicuously omits one charter school in the area that is integrated: Success Academy Upper West. Last year, 42% of the scholars at SA Upper West were children of color; 37% were from low-income households.

SA Upper West achieves this level of integration by attracting interest from across the whole district. Nearly 600 children in District 3 were entered into the SA Upper West lottery — and there were approximately the same number of applications from kids zoned for district schools with less than 20% low-income students (the blue attendance zones on the map below) and those with more than 80% low-income students (the pink zones below). Throughout the article, there are references to Success Academy’s marketing — which is described as “aggressive.” The reporter also says Success marketing “outguns” that of one district school.

Much of our “marketing” is simply community outreach — visiting daycares, pediatricians’ offices, public housing complexes, homeless shelters, local businesses, and other places where parents and kids spend time. We create materials and applications in multiple languages to be thorough. It’s not simple or easy to make sure that everyone on West 86th Street and everyone on West 116th Street who might want to apply has the chance to do so. We don’t have the benefit of long-standing attendance zones that automatically funnel children through our doors. This outreach ensures that a wide swath of all families in the district are aware of Success as an alternative to their zoned schools. (If our outreach was less extensive, our critics would accuse us of being selective!)