When I began working with Success Academy almost 11 years ago, I could not have imagined the many roles that I would take on during my tenure. I began my journey with SA as a consultant, bringing professional development opportunities to music and dance teachers at SA schools. I was immediately hooked by SA’s emphasis on the arts in support of learning. Through the combination of my work in operations and the arts, I have been able to see that music education is truly at the core of the whole-child education that Success Academy values.

The integration of learning and art was not foreign to me. I had grown up immersed in the arts, particularly West African dance and drum, as my parents owned a West African dance company. Prior to coming to SA, I taught in Baltimore, where I co-founded a program that partnered with teachers to support learning through the arts. It felt natural, therefore, to continue this trajectory.

In my first few months with SA, in addition to my work as a consultant, my brother and I began performing at SA schools through our music group, The Ajanku Brothers. We are a West African dance and drum company that teaches Sankofa. Sankofa is a Ghanian word that means reaching back to move forward. We look at our past – our history, our culture, and the traditions of yesterday – to help build a brighter future and a stronger tomorrow. Through music and drum, we teach our audiences, young and old, about community and communication. Our performances took off and I was able to see the joyful impact we were having in schools across the network. Soon after I was given an opportunity to found the first West African dance and drum program at SA Bronx 2, I jumped at the chance. The program quickly gained popularity and spread out across the network, bringing traditional arts into many of our schools.

I have since moved into two different operations roles, first as a Business Operations Manager (BOM) and now as a Regional Operations Manager (ROM). In these roles, I have been called on to provide a school – and now a cohort of schools – with high levels of aesthetics, safety, and communications through operational excellence. These operational roles are unique to SA, as they ease much of the operational burden that falls on teachers. We support teachers so that they can focus on their job, which is educating our scholars.

While my role has changed, I continue to bring music to our schools through the Ajanku Brothers music performances. I am able to build connections with scholars through dance, music, and drum during school events and throughout Black History Month. Through music, we teach community. Music is ultimately all different rhythms coming together to create one cohesive unit. That’s also what community is – coming together as different individuals. Through teaching music to our scholars, we give them the ability to see and appreciate the differences in the people next to them. We give scholars opportunities to interact with those differences and to figure out how we can come together in one cohesive unit. Beyond this, music gives scholars a medium to express themselves.

Through music and my operations roles, I have been fortunate enough to build relationships with scholars from all across the network. One particular scholar from SA Harlem 4 remains top of mind. We originally connected through the drum. What began as learning drum patterns quickly evolved into support in math and ELA. I was able to extend my reach beyond music to provide academic support, which helped to get him back on track. I am often able to see how my work ultimately affects scholars’ life trajectories. That is truly the greatest pleasure of my career. 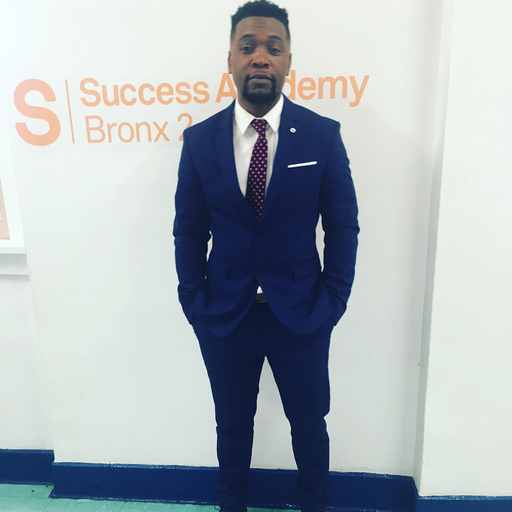