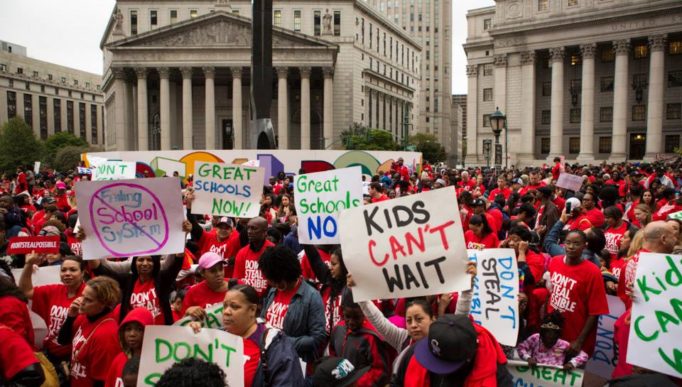 Doug McCurry, the co-CEO of Achievement First Public Charter Schools and the father of a special needs child, has written a touching account about his son, Jack, who is a scholar at Success Academy Cobble Hill.

In an editorial published in the New York Post, Mr. McCurry opens up about the challenges of finding a school that was right for Jack in the beginning.

“Jack, my wife, Daria, and I happened to live in District 15 in Park Slope, Brooklyn — one of the best in the city, near one of the most sought-after elementary schools. We thought we’d find help and support for Jack. Instead, we found discouragement and low expectations.”

After entering a random lottery and winning a spot at Success Academy, Mr. McCurry writes:

“What a world of difference: One of the first things the Success team did was to work with us to rewrite Jack’s IEP, to have him mastering all grade-level standards with CTT and other supports.

At first, socialization and conversations were challenging for Jack. But thanks to small group instruction, speech and occupational therapy, in-school counseling and a great team of teachers, he has flourished.”