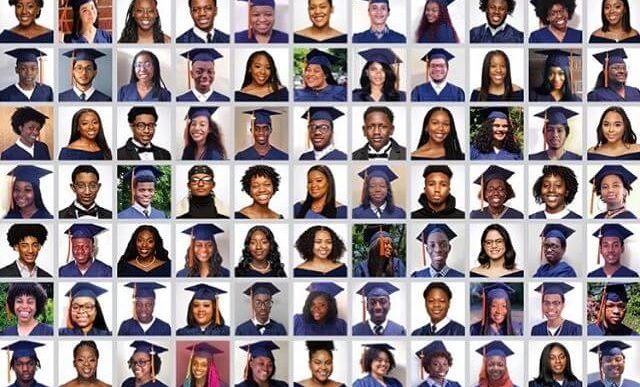 In an unprecedented virtual commencement ceremony, friends and supporters, family members, current and former staff, alumni, and 99 very special SA seniors gathered online to celebrate the turning of their tassels. Starting out in Harlem in some of SA’s very first schools, the Class of 2024 helped set the standard for what it means to be Success Academy scholars. All are college bound, all determined to leave their mark on the world in a time of uncertainty and unrest — and we have no doubt that they will.

The ceremony featured inspirational remarks from keynote speaker Lieutenant General Daryl Williams, 60th Superintendent of the United States Military Academy and the first African-American to lead West Point. Scholars were also surprised by special guest Ndaba Mandela, grandson of Nelson Mandela. You can watch a 40-minute recording of the special day, including remarks from Class Speaker Lamine Cisse and names of all graduates, here.

Several scholars were acknowledged for their outstanding contributions and achievements:

The first Success Academy athlete to be recruited by the NCAA, Ronn’e will attend the University of Pennsylvania.

Nashatay, who as a sophomore became the youngest scholar to earn a 5 on the AP English Literature exam, will study humanities at the University of Chicago.

The author of a scientific paper about the future of brain-controlled prosthetics, Kadidia will study biomedical engineering at Yale University.

Lamine will attend Middlebury College as a Posse Scholar with a full-tuition scholarship.

Captain of the dance team and year-round learner who took on summer studies at both Stanford and Wash U, Staci will attend Duke University in the fall.

Co-founder of the investment club, captain of the varsity basketball team, and the first HSLA scholar to graduate with a 4.0, Kayla will attend the University of Pennsylvania.

Congratulations Class of 2024! We are so proud and so excited to usher you into the next chapter of your lives — and to welcome you into the SA Alumni Association.