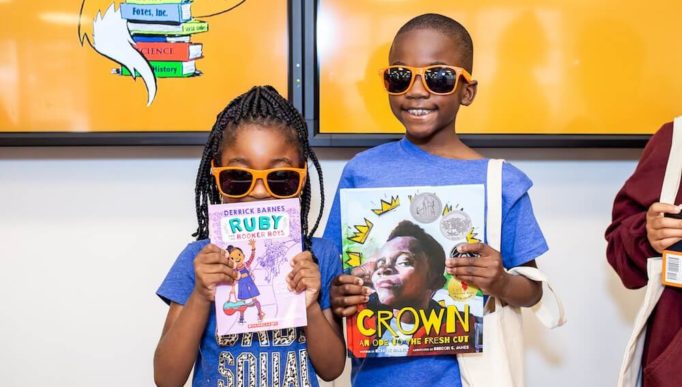 With a 17-year-old heading to college next year and a 14-year-old freshman in high school, I am at the tail end of hands-on parenting. There is, however, one thing I still do regularly with my kids: listen to books on Audible.

I credit my relationship with audiobooks to my father. Long before instant streaming of audiobooks via Audible was possible, he joined an audiobook rental service (buying audiobooks was and IS expensive!). He chose from a catalog and called to order his next selection. There was always a large, bulky box of audiocassettes in his car as he made his way through yet another history of World War 1 or biography of Winston Churchill. I would listen along when I was in his car and become immersed in the storytelling.

Many years later, as a parent of two small children, I found myself turning to audiobooks just as my father had. I had begun experiencing the unique torment of long car drives with restless toddlers. Some of my friends solved this problem with the television screens that many new cars came with — their kids watched movies during drives and voila! — peace and quiet were achieved. But my old car didn’t have this amenity and more importantly, I was trying to minimize TV watching. I worried it would discourage my kids from developing a love of reading. I remembered my experiences driving with my father and decided to try out audiobooks.

The experiment was a success — backseat chaos was quelled; my kids fell silent, utterly mesmerized; audiobooks became my new best friend. When they were very young, we listened to Dr. Zeus (Horton Hears a Who and Horton Hatches the Egg were favorites), the Little Bear books by Else Holmelund Minarik, and Maurice Sendak’s classics like Outside Over There and Where the Wild Things Are. As they grew, we moved on to Winnie the Pooh and Paddington Bear — books I hadn’t read as a child (even while cherishing stuffed animals of the same names) but came to love as an adult. I discovered that audiobooks were a great accompaniment to activities other than driving. Listening to books while they played independently or worked on “arts & crafts” projects extended their focus and had a calming effect.

As my kids became independent readers, I discovered that audiobooks were a great way to get them to “read” books that had been my favorites as a kid but that, much to my horror and chagrin, I could not convince them to read on their own. On twice-annual drives to visit relatives in DC, we read The Hundred and One Dalmations, Mr. Popper’s Penguins, and All-of-a Kind-Family. On a drive to visit an old friend in Vermont, we read Little House in the Big Woods and Island of the Blue Dolphins.

As they grew up, the siren call of smartphones and social media grew stronger. Getting my kids to read the books required by their schools over the summer became a daunting chore. Again, audiobooks came to the rescue. On a family trip to Charleston one summer, we read all their required reading during the drive: Wonder, I Am Malala, and The Autobiography of Malcolm X. Listening to these books together had the added benefit of giving me a peek into their academic lives. When they had to write essays about their summer reading, I was able to support them in brainstorming topics and provide feedback on their insights and ideas.

Now I have a high school senior. You might think that the usefulness of listening to audiobooks as a family would be long past, but in fact, it still proves useful. This fall, the press of college applications led my son to fall behind in his reading for literature class. Over Thanksgiving, we headed to DC (after testing and quarantining!) to spend time with family. I watched anxiously as every minute of his vacation was spent out and about with his cousins — or on their phones or watching movies. Teenagers (at least my teenagers) are resistant to a mother’s pleas and my exhortations to spend some focused time on reading fell on deaf ears. But my son didn’t have a choice when I started playing Crime and Punishment on the drive back to NYC. The acting was superb; every detail of Raskolnikov’s moral torment was brought to gripping life. My son, who often falls quickly to sleep on such drives, listened intently for the entire five-hour journey. When we pulled in front of our Brooklyn home, my 14-year-old daughter was showing a nascent interest in Russian literature — and my son was caught up with his reading assignments.

Don’t forget to make use of your FREE audible account over the holiday. Families and SA staff can visit this page for directions on how to access and listen to thousands of titles.