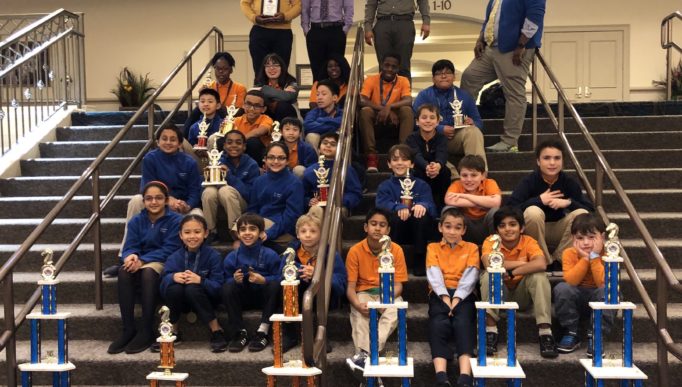 A select group of Success Academy scholars headed south this past weekend to compete in the 2018 National K-12 Grade Chess Championships. This event, held in Orlando, Florida, is set apart from other national tournaments in that scholars compete in teams and divisions based on their grade in school rather than on their chess ranking. Scholars from SA Upper West (3rd grade), SA Union Square (4th grade), SA Hudson Yards (5th, 6th, 7th grades), SA Bed Stuy 1 Middle School (8th grade), and the SA High School of the Liberal Arts (11th grade) gave it their all during seven intense games, and they returned laden with trophies!

In a particularly exciting outcome, Nathaniel Mullodzhanov, of the SA Union Square fourth-grade team, placed 1st overall in the Blitz (speed chess) portion of the tournament, beating out 160 players and making him the 2018 K-6 Blitz Champion! Nathaniel also led his team to place 4th out of 29 teams in their division, and he placed 5th individually out of 187 players. Between the Blitz and 4th-grade division games, Nathaniel played a total of 19 games over the weekend and won 17 of them — an outstanding result that included defeating an expert player with a rating of 2107! Congratulations to our scholars — and to the coaches who made it all possible! And a special thank you to Matthew Morales, chess coach at SA Bronx 1, who, in his interim role as Chess Manager, captained the whole crew!