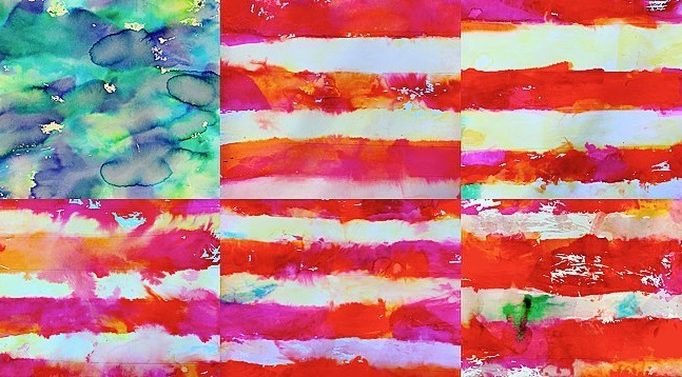 The call to military service is not answered lightly, and those who sign up to serve our nation are often some of the most mission-driven people among us. It should come as no surprise, then, that so many veterans continue to serve their communities in some form after their military careers.

We’re lucky to have a number of veterans at Success Academy who have brought their leadership, compassion, and discipline to help us provide scholars with an outstanding education. This Veterans Day, we feature three of those SA staff members who help our organization thrive, hear how their service impacts their careers, and learn more about what the holiday means to them. Before joining the military in 2020, Justin was working as a behavioral psychologist and held a master’s degree in elementary education. Unsure of his next move and encouraged by a friend, he joined the U.S. Army as an intelligence analyst. He says he is a better leader, communicator, and time manager for having served.

Justin was amazed by the quality and rigor of the education he received in the Army, and this is part of what motivated him to continue pursuing his long-standing passion for education in the civilian sector. He also learned the value of gracious but stern leadership and how to respond to constructive criticism, attributes that serve him well in the classroom.

In his own words: One thing I think we can do better as a society is appreciating those veterans who are giving their hearts to serve our country. They put everything they are into making this earth a positive place. Joseph served eight years in the U.S. Army, 2006 to 2014. He spent a year in Ramadi, Iraq, where he managed relations with local political leaders to support infrastructure projects, including rebuilding schools. His four-man team included an Iraqi interpreter who had a family in the region. Joseph and his team helped the family secure permanent U.S. visas to escape danger while the unit’s tour in Iraq was ending.

Joseph learned the importance of strong mission statements when striving for goals, which helped attract him to a mission-driven organization like SA. His exposure in Iraq to deep educational inequality and lack of access to information makes him even more proud to work for an organization that provides opportunities for a great education.

In his own words: When I think on Veterans Day, it’s about being mindful that there are a lot of sacrifices for people to have the freedom that they have, and sometimes we can forget about that — so just taking a moment to realize that. Dwayne joined the U.S. Marine Corps right out of high school in 1987, following the footsteps of his father who was a Marine in Vietnam. He served four years in the reserves and remained in the Corps until he was discharged in 1995. Dwayne was immersed in a culture of excellence, pride, and high standards with the Marines, and he said he sees a similar foundation at SA schools.

While still in the military in 1989, Dwayne joined the NYPD, where he remained for the next three decades of his career before he joined SA. He brings a sense of individual leadership and responsibility that he learned from the military to his work every day.

In his own words: The never-ending struggle for a more perfect nation is possible because of those who willingly sign up to put themselves in harm’s way. I think people do recognize that, but I hope they recognize words sometimes become hollow without understanding that sacrifice. Acceptances are hitting inboxes for the class of 2026! This year, the majority of our 137 seniors submitted applications for early action or early decision, improving their chances of earning admissio... Read more Racial Justice and SA: A Network Discussion of The New Jim Crow

SA employees gathered on Wednesday, December 1 at the network office (and virtually) to discuss The New Jim Crow by Michelle Alexander. The following article covers the revelations of their discussion... Read more

Amazing things happen every day inside Success Academy’s classrooms. Working in schools can be challenging, but there are always experiences that make the hard work worthwhile. Our teachers focus in... Read more